Linda Bui knows how to get stuff done. She is a supply chain expert currently at MAC Cosmetics—previously handling supply chain for Glossier and the haircare brand, Bumble and Bumble—which means she’s how an idea for a product ends up as a real thing on your bathroom counter. In February 2020, she was diagnosed with a rare condition and gave an emergency c-section birth to her daughter, Rowan, just weeks before the pandemic shut everything down. She, her husband Maurice, Rowan, and their two dogs live in Brooklyn in a home furnished with florals and ceramics that Linda made and arranged herself (her current favorite flower is the protea “because they’re hardy”). We spoke with her about recovering from post-pregnancy trauma resulting from acute fatty liver of pregnancy, how to get work done as a mom, and not babying your baby.

You gave birth to your daughter, Rowan, right before the pandemic shut everything down in New York City. Tell us about the birth.

I’m a crazy planner—I work in operations and supply chain, so that’s my background and that’s how my brain works. So, I planned the whole pregnancy. I got a doula before I was even pregnant! I took these birthing classes at NYU for six weeks because I wanted to labor as long as I could at home in this Japanese tub that I ordered for our new home, which we were also building at the same time.

A couple days before my baby shower, I wasn't feeling so great—I wasn’t feeling so great throughout most of the pregnancy, in fact, and the first trimester was really hard. The third trimester was really hard, too. I felt really lethargic all the time. I was so weak I couldn’t open a bottle. My husband made the decision to take me to the ER. At first, they thought it was HELLP Syndrome, which is a severe form of preeclampsia. But it was actually acute fatty liver of pregnancy, which is even more rare.

People usually have a bag that they pack for labor, but I thought I had a month to go and didn’t pack it yet. We were not ready.

I had to get an emergency c-section. I don't remember the baby coming—they put me out. I was in the surgery ICU for two nights and they had to closely monitor me for the rest of the week. They had to make sure my vitals were okay before I could go.

When did Rowan come home?

Rowan was in the nursery for two nights because I was in the ICU, but then she was in my arms the entire time after that. We had planned for a baby nurse to come, but because Rowan arrived a month early, our baby nurse referred us to someone else. She was with us for two weeks, but when she left, I was on my own. It was really just me and the baby because my husband was still working a lot. I was so swollen. My legs and feet were huge. It was really painful to do anything. I pretty much cried every day—I don’t know how moms are so positive all the time. It was so rough. I was dealing the trauma of almost dying. And then the pandemic happened, and I was scared for Rowan because we didn’t know what it was exactly, and whether babies could get it.

My husband’s parents have a summer house in Vermont, so with Rowan at one month old, we packed our stuff and drove to Vermont. We were there from March to June, in the woods, completely isolated. It was nice because we had that time with the baby and no one was going to work at the time—my husband works in real estate, so he couldn’t show apartments at the time. And I was on maternity leave.

There was so much going on in New York that I wished I was there. But I was worried about Rowan. If it was just my husband and me, we would have hunkered down in New York. Has having a baby changed your relationship to your body in any way?

When I was in my late 20s, I had an abnormal tissue that could have been cancerous—I had a higher risk of developing breast cancer. It was pretty scary to find that out in your 20s, and I got a lumpectomy. I was worried about it when I got pregnant. Is this going to affect my milk production? It didn’t—but I still had a hard time with milk production. My body was traumatized from all the needles and injections, and for the first week, my breasts weren’t producing any milk. It was really upsetting. I felt that I was doing a bad job as a mom in my first week. Eventually, I was able to produce milk for three months. It wasn’t a lot, but it was enough. I was also supplementing with formula. I stopped after three months of pumping because I felt like a cow. I was crying a lot.

The pediatrician said, “You need to do what’s best for you. Just give her formula. She’ll be fine.” And she is fine!

I still have the c-section scar and it’s pretty bad, so I’m using the Golden Belly Serum. What does the rest of your self-care routine look like these days?

I don’t really have that much time for self care. But I think nighttime is my time because the baby’s asleep, and I take my time doing my skincare routine. That’s the only time I have to myself, so I work on my face stuff.

As someone with eczema, did your skin change during or after pregnancy?

I've had eczema for years. I had a cream that helped, but it always comes back. The weather changes, and it comes back. There are good days and bad days, but it’s irritating because it’s itchy and it leaves brown marks all over your body. I scratch too much. I’m probably making it worse!

When I was pregnant, I didn't feel as itchy!

Love it - you were full on basking in pregnancy glow! So since you work in operations and you’re good at getting stuff done, do you have any tips for getting things done when you’re a busy mother?

Get as much help as you can. If anyone offers to help, take them up on it. Keep the baby on a schedule. I like knowing what to predict and it helps the baby, too, because if she’s cranky, I know why she’s cranky.

About that help—how do you and your husband, Maurice, split up parenting duties?

He’s the first one to get up, and he changes her diaper and plays with her for the first hour. He lets me sleep for an extra hour. Most of the time during the day, I’ll be around for her. And then, in the evening, he’ll put her to sleep. When I went back to work, my mom actually came from over from Ohio to help us out. I wouldn’t be able to work without her! She’s happy to spend time with Rowan and she loves to cook for us—she loves forcing us to eat.

Have you developed a parenting style along with your schedule, yet?

As a mom, you get so much unsolicited advice. I lean towards letting Rowan learn on her own—not babying her too much. Letting her self-soothe when she cries, letting her fall asleep on her own. Right now, she’s learning how to walk, and if she’s falling on a safe surface, that’s okay! My mother is the opposite, and we’ve actually gotten into some arguments about this.

You haven’t turned into your mother!

I just want Rowan to do her thing and she will figure it out. That’s my way.

What is your Eden?

When the baby goes to bed at night and I get a break. 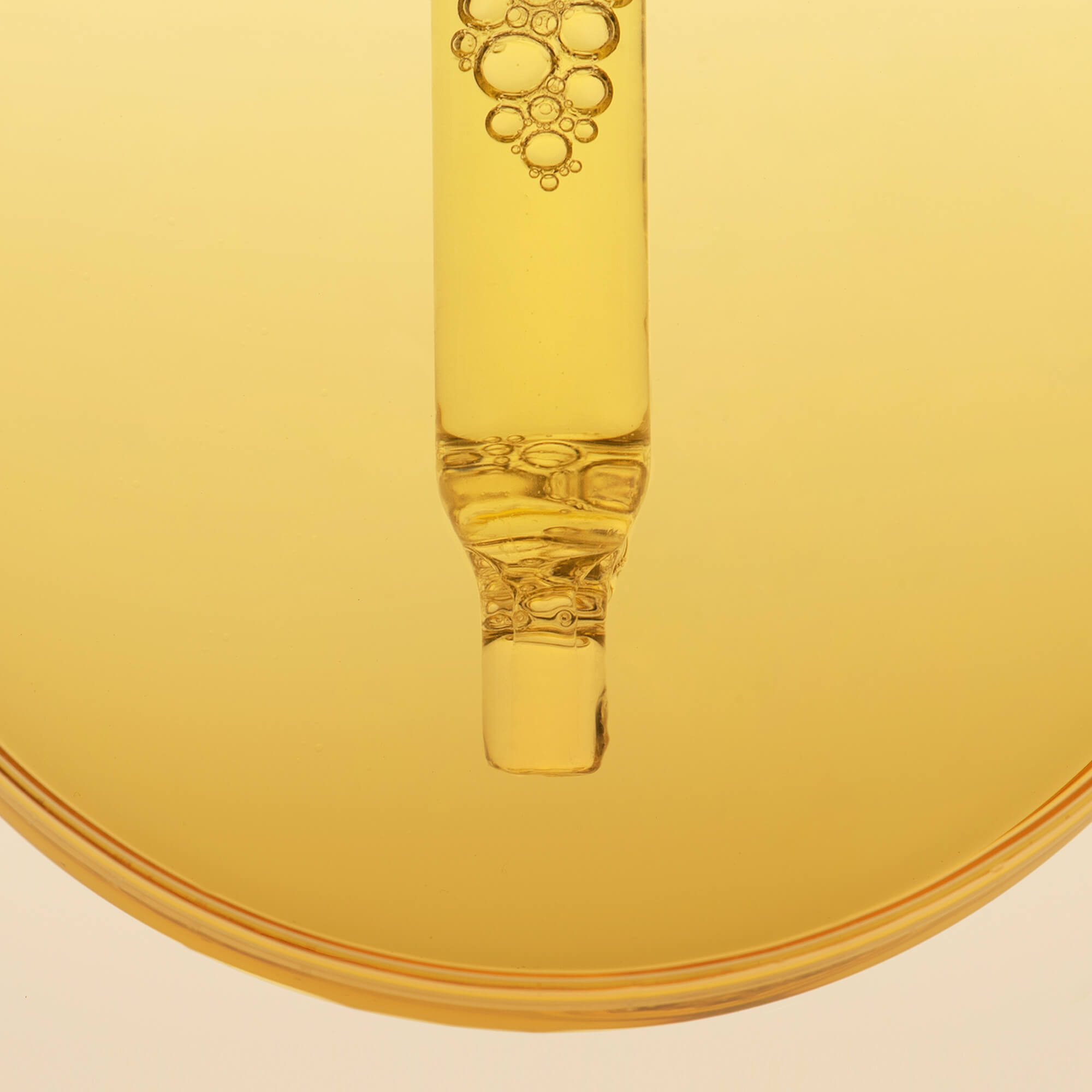 Shop Now
"The predisposition to developing certain types of scar tissues is genetic. You may have a natural predisposition to develop stretch marks, but you can also change certain lifestyle habits to mitigate against them. Hydrating during pregnancy, both from the inside and outside, can really help with how the skin deals with its wounds as it grows."